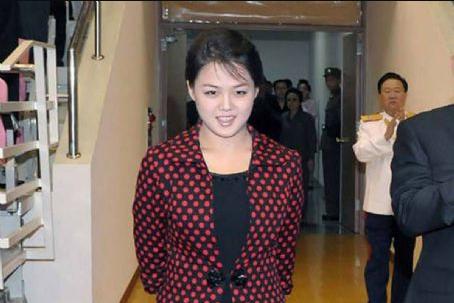 Ri is alive and kicking.
Please ignore rumors and hoaxes.
If you have any unfortunate news that this page should be update with, please let us know using this .

Does Ri Sol ju Have the coronavirus?

Ri Sol-ju (Korean: 리설주, 李雪主 or 李雪珠, born January 1985–1988 ) is the wife of North Korean leader Kim Jong-un. North Korean state media has officially identified her as "his wife, Comrade Ri Sol Ju".Biography:North Korea is secretive about its first family. Very little information about Ri Sol-ju has appeared in official North Korean sources, but more speculative information has been reported in foreign media. Known:In 2012, Ri made several public appearances standing next to the leader of North Korea, Kim Jong-un, causing speculation about who she might be. South Korean intelligence officials tentatively identified her as Hyon Song-wol, a former singer for the Pochonbo Electronic Ensemble, a musical group popular in North Korea. However, on 25 July 2012, North Korean state media announced that she was actually Kim's wife, saying she was "his wife, Comrade Ri Sol Ju". In July 2012, at an elite gala concert in North Korea, Ri was stylishly "dressed in a trim black suit in the Chanel tradition", considered unusual for North Korean women who normally dressed conservatively in billowing dresses or Mao-style work clothes. Along with other recent changes such as the firing of a hard-line top general, Kim Jong-un's marriage is seen by analysts as "a continuation of what is either a policy change, or a propaganda offensive, or both." Kenji Fujimoto, the former personal sushi chef of Kim Jong-il, said he met Ri on a recent trip to North Korea. He described her as "just so charming ... I cannot describe her voice, it's so soft ...." As a parting gift, Ri gave Fujimoto a Christian Dior hand bag, which Ri was earlier reported to have. ReportedVery little is known for certain about Ri; some analysts have even said her name "almost certainly is a pseudonym". Various security analysts, politicians, media and others have made public claims about her that have not been officially confirmed in North Korean media. Ri's reported year of birth has ranged between 1985 and 1989 among various sources. Ri's family is reportedly from the political elite; her mother is head of a gynecology unit at a local hospital and her father is a university professor. She is said to have graduated from Geumsung 2 Middle School in Pyongyang and studied abroad in China majoring in vocal music. JoongAng Ilbo and some commentators have identified Ri Sol-ju as a singer in the Unhasu Orchestra that has made several overseas performances. Reportedly, North Korean officials are "trying to erase her past as a singer and entertainer by confiscating popular bootleg CDs of her performances", such as her singing the song "Sobaeksu". She is reportedly a graduate student at Kim Il-sung University, pursuing a Ph.D. in science. She reportedly visited South Korea, in 2005, as a member of the North Korean cheerleading team during the Asian Athletics Championships. She was said to be among 90 cheerleaders who chanted "We are one!" Ri reportedly told a South Korean teacher while on the trip, "We want to take classes from the South's teachers after being reunited as soon as possible." The BBC, quoting an analyst who spoke to The Korea Times of South Korea, reported that Kim's father, Kim Jong-il, had hastily arranged his son's marriage after suffering a stroke in 2008. The two were married in 2009 and Ri gave birth to a child in 2010. In October 2012, there was speculation about her public disappearance, whether it being the result of an "breach of discipline" or "pregnancy". However, Ri reappeared with her spouse at a military college. In the 30 October 2012 edition of The Chosun Ilbo, the reason stated for Ri's disappearance was "because senior apparatchiks are worried that her westernized ways could corrupt public morals." In the 31 October 2012 edition of The Chosun Ilbo, there was speculation that Ri was pregnant. Analysts, as reported in the 30 October 2012 edition of the Daily Mail, suggest Ri "has been kept at home as a disciplinary measure because she had been seen in public not displaying a red lapel pin bearing the image, or images, of the two previous leaders." In December 2012, several news sources reported that Ri was visibly pregnant. In March 2013, Ri, alongside her husband Kim, and former NBA basketball player Dennis Rodman, told the press that she gave birth to a healthy daughter.