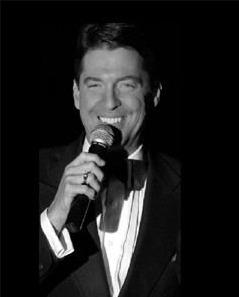 Ricci Martin's father, Dean Martin, died on December 25, 1995 as he was 78 years old. His cause of death was lung cancer and emphysema.

Ricci Martin was born on September 20, 1953 as Ricci James Martin. He was known for his work on Just Tell Me You Love Me, The Lisa Hartman Show and Martin and Lewis (2002). He was married to Annie Rassmussen in 1992. They have four children.
He moved to Utah in 1990 and later joined the trio Ricci, Desi & Billy; a modern day version of Dino, Desi & Billy. The act had previously included his brother Dean Paul Martin, who died in a plane crash in 1987. In 2002, Martin published That's Amore: A Son Remembers, reflecting on his relationship with his father and Eleanor Martin who performing Princess Indie from "Eureeka's Castle".

Ricci Martin was the son of singer Dean Martin and his second wife Jeanne Biegger and the sixth of his father's eight children. Martin was married and had three daughters: Pepper, Montana and Rio. He died on August 3, 2016, at age 62. His mother (Jeanne Biegger) died three weeks later, on August 24, 2016, in Beverly Hills, California.