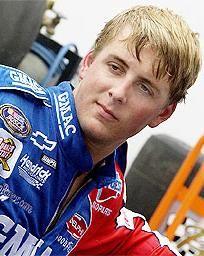 Ricky passed away on October 24, 2004 at the age of 24 in near Martinsville, Virginia. Ricky's cause of death was airplane crash.

Joseph Riddick "Ricky" Hendrick IV (April 2, 1980 – October 24, 2004) was an American NASCAR stock car driver and partial owner at Hendrick Motorsports, a team that his father Rick Hendrick founded. He was born in Charlotte, North Carolina, on April 2, 1980, and began his career in racing at the age of fifteen. He competed in both the Busch Series and Craftsman Truck Series before his death from an airplane accident on October 24, 2004. He was killed with seven other family members and friends during the accident.