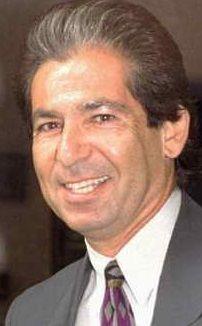 Robert passed away on September 30, 2003 at the age of 59 in Encino, California, USA. Robert's cause of death was throat cancer.

Robert Kardashian's father, Arthur Kardashian, died on December 9, 2012 as he was 95 years old.

Robert George Kardashian was an American attorney and businessman. He gained national recognition as O. J. Simpson's friend and defense attorney during Simpson's 1995 murder trial. He had four children with his first wife, Kris Kardashian: Kourtney, Kim, Khloé and Rob, all of whom have become well known for appearing on their family reality television series.