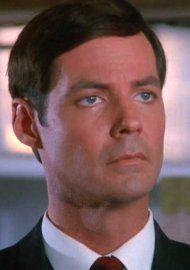 Robin passed away on August 10, 1991 at the age of 43 in Los Angeles, California, USA. Robin's cause of death was complications from aids.

Robin Bach was an actor who was born on December 28, 1947 as Robin Francis Bach. He was an actor, known for Simon & Simon (1981), Murder, She Wrote (1984) and Satan's Princess (1989).
Simon & Simon is an American detective television series that originally ran from 1981 to 1989. The series was broadcast on CBS, and starred Gerald McRaney and Jameson Parker as two disparate brothers who run a San Diego private detective agency.