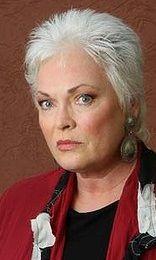 Rowena is alive and kicking and is currently 74 years old.
Please ignore rumors and hoaxes.
If you have any unfortunate news that this page should be update with, please let us know using this .

Does Rowena Wallace Have the coronavirus?

Rowena Wallace (born 23 August 1947) is an English-born Australian actress, most especially in the genre of soap opera. She is best known for her Gold Logie-winning role as Patricia "Pat The Rat" Hamilton/Morrell/Palmer in Sons and Daughters.
In the late 1970s she appeared frequently on Australian television, with an ongoing role in the soap opera Number 96 in 1975–1976, followed by a regular role in the police drama Cop Shop, playing policeman's wife Pamela Taylor. After leaving that series she played a mentally unbalanced remand prisoner named Anne Griffin in Prisoner for several weeks in late 1980.

In August 2010, Wallace was the subject of a Today Tonight special feature on the Seven Network, where she was reportedly nearly broke and on the verge of becoming homeless. The following week, an outpouring of offers to take her in came from Australians around the country.
In March 2011, she was the subject of more media coverage, this time because the unit she occupies at subsidised rent in Wonthaggi, Victoria was due for demolition in August 2011 and she feared she would have nowhere to live. The rents in Wonthaggi had doubled or even tripled due to the Wonthaggi Desalination Plant being constructed nearby, but her pension would not even cover her rent.
In 2012 Wallace starred as Melbourne gangland matriarch Judy Moran in the Foxtel series Deadly Women.