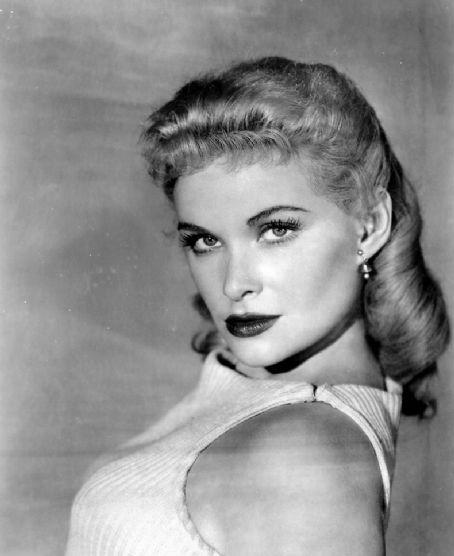 A former "Miss Detroit" and WAMPAS Baby Star of 1956, pouty Roxanne Arlen popped up on 1950's and 60's screens as sexy second leads in B-movies and TV episodes.
She was tagged "The Wiggle" for a trademark walk she claimed to have developed at grade school, and, curiously, found herself unable to 'get rid of' (!). That 'wiggle' certainly got her noticed during her first auditions in Hollywood in 1953. Inevitably, most of her early roles were bit parts. There is not much to say about those, except that Roxanne was decorative enough as assorted unnamed 'girls', 'models' or 'blondes'.

She made a breakthrough of sorts on the stage, as the star of the comedy "Who Was That Lady I Saw You With?", written by Norman Krasna. The play first aired in Philadelphia and then opened on Broadway in March 1958, eventually notching up a respectable 208 performances. Alas, for the remainder of her screen career, Roxanne remained firmly typecast as dumb blondes with easy ways and names like Flo, Dixie or Bootsie.
She retired from the screen in 1967 and was last glimpsed recreating her screen role as burlesque house stripper Electra in Gypsy (1962), for a Miami stage production in May 1970.