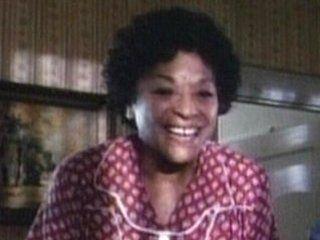 Royce Wallace (May 9, 1925 - November 24, 1992) was an American veteran stage and screen actress who had a long distinguished career in films and television from the 1960s through the 1980s. She has appeared in mostly guest roles on shows such as Sanford and Son, Benson, Soap, Quincy, M.E. and in miniseries such as Roots: The Next Generations. She has not acted in films or TV since 1993.