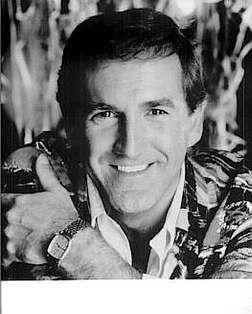 Russ is alive and kicking and is currently 74 years old.
Please ignore rumors and hoaxes.
If you have any unfortunate news that this page should be update with, please let us know using this .

Does Russ Abbot Have the coronavirus?

Russ Abbot (born 18 September 1947 in Ellesmere Port) is an English musician, comedian and actor. Abbot first came to public notice during the 1970s as the singer and drummer with British comedy showband the Black Abbots, later forging a prominent solo career as a television comedian with his own weekly show on British television.
As a drummer/backing singer, Abbot joined the Black Abbots (founded by the original Black Abbot, Robert Turner) in Chester during the mid-1960s and released several singles to modest chart success on minor labels in the early 1970s. The band only signed their first major recording contract in 1977, putting out a series of comedy singles and a lone live album with Abbot now taking lead vocals, before disbanding in 1980. Later on he appeared as a comedian, winning the Funniest Man On Television award five times. Abbot appeared on the television show The Comedians under his birth name (Russ Roberts). From 1980 onward, he released some albums as a solo artist and appeared in several TV series. The most successful of his music singles was called "Atmosphere", which did well in the UK top 10, peaking at #7 in 1984.

In 2009, when Rowan Atkinson fell ill during the original run of Cameron Mackintosh's West End revival of Oliver!, Abbot stepped into the role of Fagin for the second time. He has again taken the role, after Griff Rhys Jones left the show on 12 June 2010. In 2014–16 he co-starred in the BBC sitcom Boomers.