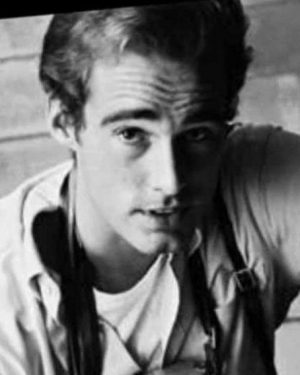 Sean Flynn's mother, Lili Damita, died on March 21, 1994 as she was 89 years old. Her cause of death was alzheimer's disease.

Sean Leslie Flynn was an American actor and freelance photojournalist best known for his coverage of the Vietnam War.
On April 6, 1970, Flynn and a group of journalists left Phnom Penh to attend a government sponsored press conference in Saigon. Flynn (who was freelancing) and fellow photojournalist Dana Stone (who was on assignment for CBS News) chose to travel on motorcycles instead of the limousines that the majority of the other journalists were traveling in (the limousines had been previously used by tourists before the journalists took them over). Reporter Steve Bell, who was one of the last Westerners to see the two alive, later said that after the press conference, Flynn and Stone had got word that there was a checkpoint on Highway 1 manned by members of the Viet Cong. Eager to get a photograph of the Viet Cong, Flynn and Stone decided to set out on Highway 1 alone. Before they left, Bell snapped the last known photo taken of Flynn and Stone.

Flynn's mother, Lili Damita, spent an enormous amount of money searching for her son, with no success. In 1984 she had him declared legally dead. She died in 1994. In 1991 remains of two men were found in Cambodia; In 2003, the Pentagon's Central Identification Lab in Hawaii confirmed by DNA testing that the remains found by Tim Page were actually of Clyde McKay, a boat hijacker, and Larry Humphrey, an army deserter.
In March 2010, a British team searching for Flynn's body uncovered the remains of a Western hostage allegedly executed by the Khmer Rouge. Test results on the human remains found at the grave site in eastern Kampong Cham province, Cambodia, were released on June 30, 2010, and were found not to be the remains of Sean Flynn. Lt. Col. Wayne Perry of the Joint POW/MIA Accounting Command (JPAC) said there was no match between DNA from the recovered remains and DNA samples they had on file from the Flynn family.