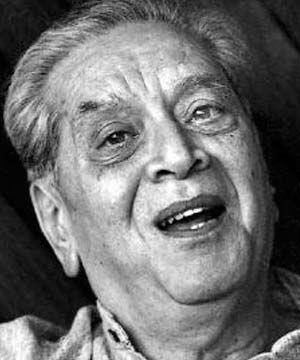 Shriram is alive and kicking and is currently 95 years old.
Please ignore rumors and hoaxes.
If you have any unfortunate news that this page should be update with, please let us know using this .

Dr. Shreeram Lagoo is an Indian film and theatre actor, both in Hindi and Marathi, where he was most known for his character roles in films.Lagoo has acted in over 100 Hindi and Marathi films, over 40 Marathi, Hindi and Gujarathi plays, and has directed over 20 Marathi plays. He is considered one of the greatest actors of Marathi stage during the second half of twentieth century.
He has also been very vocal and active in furthering progressive and rational social causes, for example in 1999, he and social activist G P Pradhan be undertook a fast in support of anti-corruption crusader Anna Hazare . He won the 1978 Filmfare Best Supporting Actor Award for Hindi film Gharaonda.

Shreeram Lagoo was born in Satara district, Maharashtra, India to Balakrishna Chintaman Lagoo and Satyabhama Lagoo, and is the eldest of four children. He attended Bhave High School, Fergusson College (University of Pune) and B.J. Medical College (University of Pune), India and received MBBS & MS degrees - both being medical degrees.
His wife, Deepa Lagoo is also a noted theatre, television and film actress. He has two sons and a daughter. Dr. Lagoo had also instituted the prestigious Tanveer Samman, given to the most promising stalwart in theatre industry of India, in the memory of his late son Tanveer Lagoo.