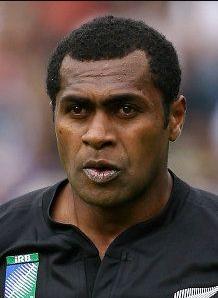 Sitiveni is alive and kicking and is currently 40 years old.
Please ignore rumors and hoaxes.
If you have any unfortunate news that this page should be update with, please let us know using this .

Sitiveni Waica Sivivatu (born 19 April 1982 in Suva, Fiji) is a New Zealand rugby union footballer, playing on the position of a wing. He was largely successful in the 2005 Super 12 season playing for the Chiefs, and acquired a starting position in the All Blacks. He has scored 29 tries in 45 tests. He also scored 4 tries for the Pacific Islanders in 2004, 2 of which he scored against his current team, the All Blacks and 2 against South Africa. Since the Pacific Islanders team has been sanctioned by the IRB, his 4 tries for them stands.