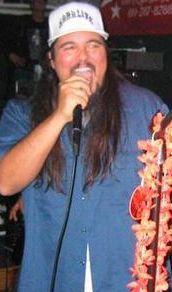 Steve is alive and kicking and is currently 56 years old.
Please ignore rumors and hoaxes.
If you have any unfortunate news that this page should be update with, please let us know using this .

Does Steve Summers Have the coronavirus?

Born in Melbourne in 1965. Steve displayed strong musical abilities from a very young age. At age 8, he commenced learning to play drums. Also fluent in playing all guitars, keyboards and percussive instruments.An all round natural musician/composer Steve is self taught in the art of orchestral composing. Some of Steve's scores for film and TV were composed exclusively for orchestra and some of the world's most renowned orchestra's have played Steve's works.Steve is rumored to be scoring director Nick Nicolaou's (of "Make-Up Effects Group & Genre Pictures" fame) new horror movie "Mary Doe", which will go into production later in 2012. In addition to this, Steve has laid some temporary scores down for the PC role playing game (part of the Mary Doe franchise) named "The Undead Zone" which features the voice talent of no other than horror genre guru "Tom Savini".Steve is happily married to wife Mimi for over 20 years and they have 1 child, a son named Brandon born in April 2002.