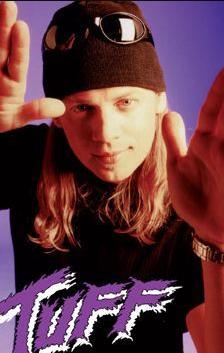 Stevie is alive and kicking and is currently 56 years old.
Please ignore rumors and hoaxes.
If you have any unfortunate news that this page should be update with, please let us know using this .

Tuff is an American glam metal band formed in 1985 in Phoenix, Arizona, by guitarist Jorge DeSaint, drummer Gary Huckaby, and bassist Todd Chase. After drummer Gary Huckaby left the group in 1985 to work with another local project, the band enlisted drummer Michael Lean and vocalist Terry Fox, who left the band shortly afterwards to pursue an ice skating career. With replacement vocalist Jim Gillette, the band recorded a four-track EP entitled Knock Yourself Out (1986). However, Gillette soon departed to form Nitro and was replaced by Stevie Rachelle.