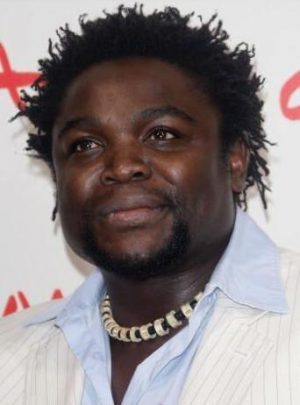 Sunu is alive and kicking.
Please ignore rumors and hoaxes.
If you have any unfortunate news that this page should be update with, please let us know using this .

Does Sunu Gonera Have the coronavirus?

Hailing from the townships of Zimbabwe during the time of the Civil War, Sunu has managed in a very short space of time, to carve out a career which sounds less like a real life and more like a movie. A scholarship at a private school in Zimbabwe and excellent sporting prowess opened doors to international travel and ultimately another scholarship to the University of Cape Town, where he completed a degree in Organizational Psychology. Successful sporting achievements and a lucrative banking career were quickly overtaken by his long-term dream of acting and making movies. Sunu quickly worked his way up in the film industry, and within three short years garnered several prestigious directing awards, that were the result not just of his refreshing talent, but also of his courage, diligence and persistence. Dubbed in the world of commercials` as one of the finest directing talents, he continues to produce a body of work with a unique voice that has inspired such prestigious clients as Nike, VW, Coca Cola and U.S Tennis Association to mention a few. His short film "Riding with Sugar" based on his own full length feature script screened at Cannes in 2006. In June of the same year, he beat out several more seasoned Hollywood directors and landed his first full length feature directing assignment with Lionsgate.Five months later, Sunu sold his home in South Africa, and moved his wife and kids to Hollywood to make his feature directorial debut on `Pride` starring academy award nominee Terrence Howard, Bernie Mac, Tom Arnold and Kimberley Elise. The director and Howard were nominated for a NAACP Image Awards. Set in 1974 Philadelphia, Pride tells the true against the odds, underdog story of Jim Ellis (played by Howard), a black swimming coach who recruits a motley group of troubled inner city youths, some of whom had never swum before, and transforms them into a championship swimming team. Taking a look back at Sunu`s life, one can imagine the honesty and insight that he is able to bring to a story about an underdog black swim team who through determination, passion and burning ambition came to realize their dreams.