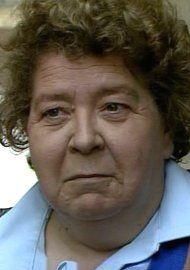 Susan Field was an actress. Susan Field was born on October 18, 1932 in Norfolk, England as Susan Fuller. She was an actress, known for Mary Shelley's Frankenstein (1994), Ever After: A Cinderella Story (1998) and The Adventure of Sherlock Holmes' Smarter Brother (1975).
The Adventure of Sherlock Holmes' Smarter Brother is a 1975 American musical comedy film with Gene Wilder, Marty Feldman, Madeline Kahn, Dom DeLuise, Roy Kinnear and Leo McKern. The film was Wilder's directorial debut, from his own original script.