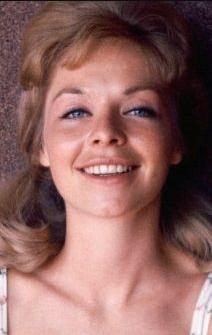 Susannah passed away on January 15, 2011 at the age of 72 in Brompton, London, England, UK. Susannah's cause of death was advanced bone marrow cancer.

Susannah York was an English film, stage and television actress. She was awarded a BAFTA as Best Supporting Actress for They Shoot Horses, Don't They? and was nominated for an Oscar and Golden Globe for the same film. She won best actress for Images at the 1972 Cannes Film Festival. In 1991 she was appointed an Officier de l'Ordre des Arts et des Lettres. Her appearances in various hit films of the 1960s formed the basis of her international reputation, and an obituary in The Telegraph characterised her as "the blue-eyed English rose with the china-white skin and cupid lips who epitomised the sensuality of the swinging Sixties".