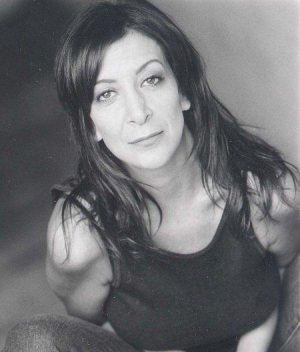 Suzanne passed away on July 27, 2013 at the age of 47 in Los Angeles, Calif. USA. Suzanne's cause of death was ruptured aortic aneurysm.

Suzanne Krull (July 8, 1966 – July 27, 2013) was an American actress. Born in New York City, she attended South Shore High School in Brooklyn, New York, and Agoura High School in Agoura, California. She was a graduate of the American Academy of Dramatic Arts in New York City.
She was accepted in and while there, she was nominated for the "Irene Ryan" award for outstanding Acting. She completed 2 years of their prestigious program and was then invited to return to perform in their Production Company. Immediately after that, she became a founding member of The Fountainhead Theatre Co. One of the first Theatres in Hollywood on "Hollywood Row." While working there, she juggled numerous other local LA Theatre projects and did over 30 plays in a ten year span, earning a DramaLogue Best Actress nod for Jane and Mable at The Hudson.

She wrote, starred in and produced the Short, SAM and MIKE which won numerous festival awards for Best Short Film. She has written One Act Plays that have been produced by The Hidden Theatre Co. Her short story, "The In and Out" was published in JANE Magazine after winning it's Short Story contest.
Krull died on July 27, 2013, of a ruptured aortic aneurysm. She was interred at Mount Sinai Memorial Park Cemetery in Los Angeles on July 30, 2013.