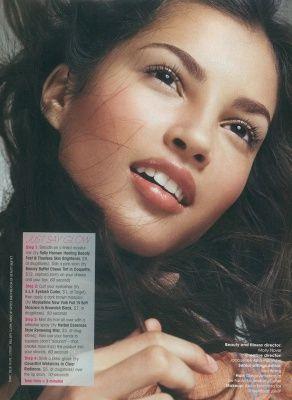 Tamiris is alive and kicking and is currently 34 years old.
Please ignore rumors and hoaxes.
If you have any unfortunate news that this page should be update with, please let us know using this .

Does Tamiris Freitas Have the coronavirus?

Tamiris was born in one of Brazil's most important capitals Belo Horizonte, known for their coffee as well as their delicious cheeses, but also home for some of the country's most gorgeous women. Since the age of thirteen Tamiris's mother saw the potential in her daughter enrolling her in several beauty pageants and modeling competitions. After many negative answers, the then 15 year old model to be decided to stop trying and focus on school. That's when destiny decided to play a trick on her and the long awaited positive answer finally came through, Tamiris made the semi-finals of one of the biggest modeling competitions in the country and then caught the attention of a scout from Elite Milan who took her back with him right on the spot.Tamiris had a great beginning, her first booking was with photographer Greg Kadel for John Frieda followed by a campaign for DKNY Jeans shot by the legendary Peter Lindbergh. The show season came and with it an exclusivity for the Fendi show in Milan and another campaign, this time for Benneton with David Sims. New York was now also at her feet, a series of editorials followed the show season, including Russian Vogue, Brazilian Vogue, Allure, Marie Claire and A; and by the next season Jennifer Lopez, who was about to launch her new brand Sweet Face by J.Lo personally picked Tamiris as the face of the brand and had her working every day until the show season and after that for the campaign of her lingerie line. From that experience Tamiris remembers that there was a buzz around J. Lo's first show and that Lopez was very nervous about the outcome of the collection. Still with all the pressure on her shoulders J. Lo managed to keep her cool and was always very attentive and making sure her model was happy and healthy, a real sweetheart!After shooting for J.Lo, Tamiris also caught the attention of rapper Jay Z who chose her for his Rocawear campaign alongside fellow Brazilian bombshell Ana Beatriz Barros. For this photo shoot Jay Z organized a super production in a studio in Hollywood and the crew was gigantic and some of the other "models" in the campaign included other of Jay Z's fellow rappers.Among Tamirs's most recent accomplishments are three consecutive campaigns for Armani Exchange, including the launch of the very first 3D campaign ever made as well as editorials for titles like GQ, Glamour, Vanity Fair and Vogue shot by photographers like Benn Watts, Astrid Munoz and Walter Chin.Known for her stunning Brazilian beauty and great body, Tamiris has shot for Victoria's Secret and was one of the girls chosen for the 2010 swimsuit issue of the South African franchise of Sport's Illustrated. Tamiris claims that her love for sports is part of why she stays in shape; among her favorite sports are the traditional Brazilian capoeira, jiu-jitsu, volleyball, tennis and of course, soccer!