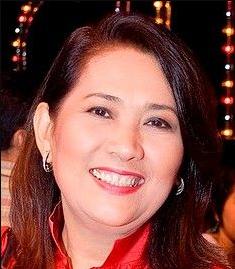 Tessie Tomas is alive and kicking and is currently 71 years old.
Please ignore rumors and hoaxes.
If you have any unfortunate news that this page should be update with, please let us know using this .

Does Tessie Tomas Have the coronavirus?

Tessie Tomas is a Filipino actress, theater actress and impersonator. She is best known for being the host of the ABS-CBN talk show Teysi ng Tahanan. Teysi ng Tahanan is a now defunct daily morning talk show of ABS-CBN which was aired from January 14, 1991 to February 21, 1997 hosted by Tessie Tomas.
In an interview with GMA Network's Tunay Na Buhay, Tomas recalled working for an ad agency prior to her career as a presenter and actress. Tessie later appeared in both comedic and dramatic roles, notably in the 2012 remake of the film Mundo Man ay Magunaw and 2015's Buena Familia.