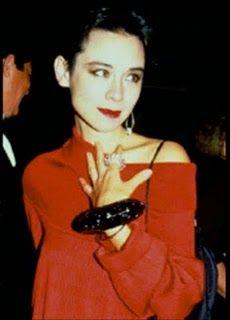 Tina Chow was an American model, jewelry designer, and influential fashion icon of the 1970s and 1980s.