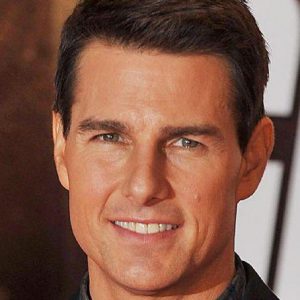 Thomas is alive and kicking and is currently 59 years old.
Please ignore rumors and hoaxes.
If you have any unfortunate news that this page should be update with, please let us know using this .

Does Tom Cruise Have the coronavirus?

In 1976, if you had told fourteen year-old Franciscan seminary student Thomas Cruise Mapother IV that one day in the not too distant future he would be Tom Cruise, one of the top 100 movie stars of all time, he would have probably grinned and told you that his ambition was to join the priesthood. Nonetheless, this sensitive, deeply religious youngster who was born in 1962 in Syracuse, New York, was destined to become one of the highest paid and most sought after actors in screen history.
Cruise has been married and divorced three times and has three children (two adopted and one biological).

In the early to mid-1980s, Cruise had relationships with older women, including Rebecca De Mornay, three years his senior; Patti Scialfa, nine years his senior; and Cher, sixteen years his senior.
Cruise married actress Mimi Rogers on May 9, 1987. They divorced on February 4, 1990. Rogers introduced Cruise to Church of Scientology.
Cruise met his second wife, actress Nicole Kidman, on the set of their film Days of Thunder (1990). The couple married on December 24, 1990. Cruise and Kidman adopted two children, Isabella and Connor Antony. In February 2001, Cruise filed for divorce from Kidman while she was unknowingly pregnant. The pregnancy ended with a miscarriage. In 2007, Kidman clarified rumors of a miscarriage early in her marriage to Cruise, saying in an interview, "It was wrongly reported," and explaining that she had actually had an ectopic pregnancy. Before Kidman's next marriage to Keith Urban, she spoke of how much she still loved Cruise, saying in 2006: "He was huge; still is. To me, he was just Tom, but to everybody else, he is huge. But he was lovely to me. And I loved him. I still love him."
Cruise was next romantically linked with Penélope Cruz, his co-star in Vanilla Sky (2001). The relationship ended in 2004. An article in the October 2012 issue of Vanity Fair states that several sources have said that after the breakup with Cruz, the Church of Scientology launched a secret project to find Cruise a new girlfriend. According to those sources, a series of "auditions" of Scientologist actresses resulted in a short-lived relationship with British-Iranian actress Nazanin Boniadi, who subsequently left Scientology.
The Church of Scientology and Cruise's lawyers issued strongly worded denials and threatened to sue, accusing Vanity Fair of "shoddy journalism" and "religious bigotry." Journalist Roger Friedman later reported that he received an email from director and ex-Scientologist Paul Haggis confirming the story.
In April 2005, Cruise began dating actress Katie Holmes. On April 27 that year, Cruise and Holmes – dubbed "TomKat" by the media – made their first public appearance together in Rome. A month later, Cruise publicly declared his love for Holmes on The Oprah Winfrey Show, famously jumping up and down on Winfrey's couch during the show. On October 6, 2005, Cruise and Holmes announced they were expecting a child. In April 2006 their daughter Suri was born.
On November 18, 2006, Holmes and Cruise were married at the 15th-century Odescalchi Castle in Bracciano, Italy, in a Scientology ceremony attended by many Hollywood stars. The actors' publicist said the couple had "officialized" their marriage in Los Angeles the day before the Italian ceremony. There has been widespread speculation that their marriage was arranged by the Church of Scientology. David Miscavige, the head of the Church of Scientology, served as Cruise's best man.
On June 29, 2012, Holmes filed for divorce from Cruise after five and a half years of marriage. On July 9, 2012, the couple signed a divorce settlement worked out by their lawyers. Because New York law requires that all divorce documents remain sealed, the exact terms of the settlement are not publicly available.