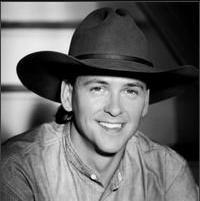 Ty is alive and kicking and is currently 58 years old.
Please ignore rumors and hoaxes.
If you have any unfortunate news that this page should be update with, please let us know using this .

Gary Tyler "Ty" England (born December 5, 1963) is an American country music singer and guitarist. Initially a member of Garth Brooks' band, England began his solo career in 1995, recording a self-titled debut album on RCA Records. A second album, Two Ways to Fall, followed in 1996. Three years later, he recorded Highways & Dance Halls under the name Tyler England on Capitol Records, and Alive and Well and Livin' the Dream came in 2007 on the independent Triple T label. England has also charted six singles on the country charts. His highest-charting single was his debut single, "Should've Asked Her Faster", a No. 3 hit in late 1995.