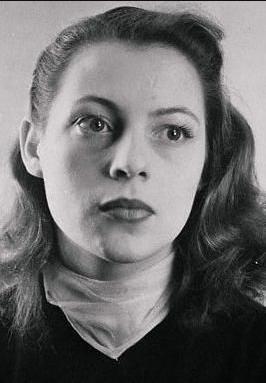 Veronique passed away on August 17, 2012 at the age of 80 in Los Angeles, California, USA. Veronique's cause of death was heart failure.

Birth: 1932Paris, FranceDeath: Aug. 17, 2012Beverly HillsLos Angeles CountyCalifornia, USAPhilantropist. Peck was the widow of actor Gregory Peck and a longtime arts patron and fundraiser. Born Veronique Passani in Paris, she met the actor when she interviewed him for the newspaper, France Soir. At age 23, she moved to the United States and married the movie star on December 31st, 1955, their marriage lasted 48 years until his death in 2003. In the late 1960s, she and her husband raised $50 million for the American Cancer Society. During the same era, she also raised $50,000 through a fashion show she staged to benefit a favorite cause, the Inner City Repertory theater, a South Los Angeles center that introduced teens to the arts. She was also a founder of the Los Angeles Music Center and a longtime fundraiser for the Los Angeles Public Library Foundation, which honored her with the Light of Learning Award in 2009. She helped produce the memorable ceremony in 2011 celebrating the unveiling of Gregory's USPS "Forever" postage stamp as Atticus Finch, at the Academy of Motion Picture Arts & Sciences and in April of 2012, she travelled to Washington for President Obama's private White House screening marking the 50th anniversary of "To Kill A Mockingbird." Peck, who died at her Holmby Hills home of heart failure, is survived by two children, writer/producer Anthony Peck and documentary filmmaker Cecilia Peck Voll.