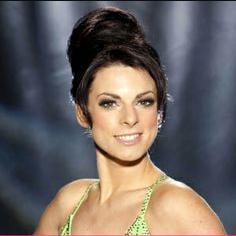 Vicky is alive and kicking.
Please ignore rumors and hoaxes.
If you have any unfortunate news that this page should be update with, please let us know using this .

Vicky started skating from the age of six in Milton Keynes and later competed in national and international competitions. At the young age of 11, she was the first skater from Milton Keynes to compete in the British Championships. When she reached 18, Vicky wanted to enrich her skating experience, so she worked hard to become a NISA Qualified Coach. After performing in many ice shows, she was eager to stretch the boundaries, seeking to be more creative, which eventually led her to performing with fire. Vicky attended a circus school in Camden, London, mastering the skills of fire poi. Developing this further, she applied her knowledge of working with fire to hoola hooping. Transforming these skills onto the ice was a difficult task, as there are very few skaters world wide who have used this art form on ice. Vicky’s unique fire act has led her to perform throughout the UK and in many countries across Europe and America.In 2008 Vicky was touring with Dancing on Ice as a speciality act and subsequently joined the professional skaters, performing on the TV show from 2010-14. During the last series, Vicky had the opportunity to skate with Sam Attwater, who has since become her husband. This was an amazing time, sharing her love of the sport and her love of performance with Sam. Coaching has been a major part of Vicky’ s work. For over 10 years she has been the Co-Director of the International School of Skating in Milton Keynes. She loves overseeing the development of skaters working towards tests, participating in competitions and witnessing the enjoyment the sport brings to all ages and standards. Vicky has been instrumental in the inception and organisation of the International Schools of Skating’s training camps throughout the UK and Europe, taking particular responsibility for choreography and off ice dance techniques.Vicky is proud to represent her sport and is keen to impart her knowledge on the art of performance and technical skills to as many people as she can.She has a bubbly personality, is extremely energetic and positive in every challenge she faces, which is most definitely infectious and motivating for her students.