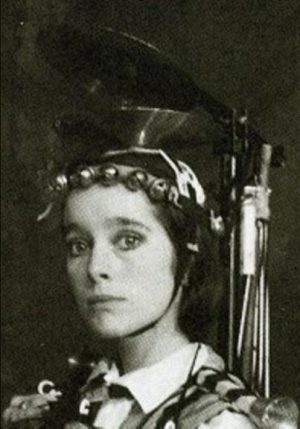 Victoria is alive and kicking and is currently 71 years old.
Please ignore rumors and hoaxes.
If you have any unfortunate news that this page should be update with, please let us know using this .

Does Victoria Chaplin Have the coronavirus?

Victoria Chaplin's father, Charlie Chaplin, died on December 25, 1977 as he was 88 years old. His cause of death was stroke.

Victoria Chaplin is a British circus performer. She is the daughter of comedian Charlie Chaplin from his fourth wife, Oona O'Neill, and the granddaughter of playwright Eugene O'Neill.
Chaplin and Thierrée had first come into contact after he read about Chaplin's aspiration of becoming a circus clown in a magazine article of her father, and asked her to form a new type of circus with him. Soon after their elopement they briefly appeared as two clowns in Federico Fellini's The Clowns (1970), and the next year performed for the first time with the contemporary circus Le Cirque Bonjour, which they had founded together, at Festival d'Avignon. In 1974, they founded a new, smaller circus, Le Cirque Imaginaire, which centered only on their, and occasionally their children's, performances, and from 1990 onwards have performed under the name Le Cirque Invisible.

Chaplin and Thierrée have two children, Aurélia Thierrée, (born 24 September 1971), and James Thierrée, (born 2 May 1974), who are also performing artists. In addition to performing in Le Cirque Invisible, Chaplin has also helped in creating her children's shows, and in 2006 was awarded the French national theatre prize, the Molière Award, for designing the costumes for her son's show, The Junebug Symphony.