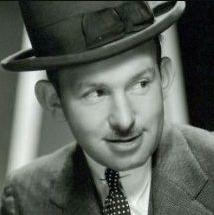 Vince passed away on August 10, 1977 at the age of 75 in Encino, California, USA. Vince's cause of death was heart ailment.

Vince BarnettActive - 1930 - 1975 | Born - Jul 4, 1902 in Pittsburgh, PA | Died - Aug 10, 1977 in Encino, CA | Genres - Comedy, Drama, Crime, Western, MysteryBiography by Hal EricksonVince Barnett was the son of Luke Barnett, a well-known comedian who specialized in insulting and pulling practical jokes on his audiences (Luke's professional nickname was "Old Man Ribber"). Vince remained in the family business by hiring himself out to Hollywood parties, where he would insult the guests in a thick German accent, spill the soup and drop the trays--all to the great delight of hosts who enjoyed watching their friends squirm and mutter "Who hired that jerk?" The diminutive, chrome-domed Barnett also appeared in the 1926 edition of Earl Carroll's Vanities. He began appearing in films in 1930, playing hundreds of comedy bits and supporting parts until retiring in 1975. Among Vince Barnett's more sizeable screen roles was the moronic, illiterate gangster "secretary" in Scarface (1931).