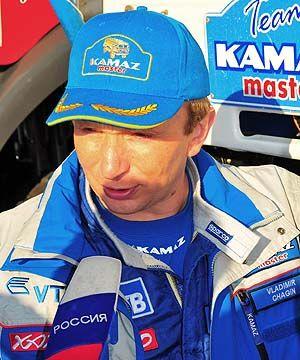 Vladimir is alive and kicking and is currently 52 years old.
Please ignore rumors and hoaxes.
If you have any unfortunate news that this page should be update with, please let us know using this .

Vladimir Gennadiyevich Chagin (Russian: Владимир Геннадьевич Чагин; born 5 January 1970) is a Russian rally raid driver. He has won the Dakar Rally driving Kamaz trucks in 2000, 2002, 2003, 2004, 2006, 2010 and 2011, becoming the most successful single category pilot in the history of the tournament earning him the nickname "The Tsar of Dakar".