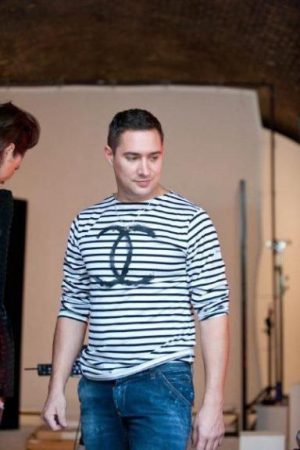 William is alive and kicking.
Please ignore rumors and hoaxes.
If you have any unfortunate news that this page should be update with, please let us know using this .

William Baker (born 1973 in Manchester, England) is a fashion designer, stylist, author and theater director, best known for his work with musician Kylie Minogue.Baker attended the Manchester Grammer School, where he was taught by the current head of Religious Studies Dennis Brown, and was the inspiration for Manchester indie band The Man From Delmonte`s song "Pink". Baker was studying Theology at King`s College London and working as a sales assistant for Vivienne Westwood in London when he met the singer Kylie Minogue and her photographer Katerina Jebb.Soon after meeting Minogue he became her stylist and creative director. He held this position for 11 years, until he stepped down in April 2005. He worked with the designer Alan MacDonald on Minogue`s 2002 Fever Tour, and in 2003 launched the Love Kylie lingerie range with Minogue. Baker also co-authored the book La La La with as well as worked as producer and director on Minogue`s 2007 docmentary White Diamond. His most recent colloboration with Minogue has been as creative director on Minogue`s KYLIEX2008 tour.In 2007 he made his debut as a theatre director with a West End revival of Rent dubbed Rent Remixed which received lukewarm reviews.He also worked with the musical acts Garbage, Tricky Björk, Tori Amos, Reef and Jamiroquai on album and single covers, and music videos.He colloborated with Jay Kay of Jamiroquai on the costume and set design for both the A Funk Odyssey album cover and tour.Baker recently has been working as stylist for Britney Spears on her 2009 The Circus Starring Britney Spears tour.