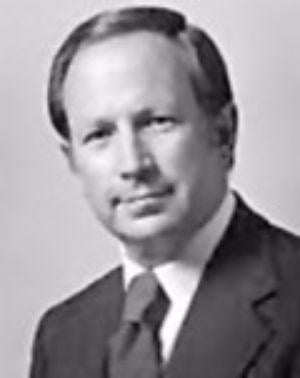 William Robert Wright (May 20, 1935 – January 13, 2012), known as Bob Wright, was an American attorney, Utah Republican politician, and co-author of the award-winning biography, David O. McKay and the Rise of Modern Mormonism.BiographyWright was born in Salt Lake City, Utah to Ralph Bassett Wright and Afton Middlemiss Wright. He graduated valedictorian at East High School in 1953, and then served in the Swiss Austrian Mission of the LDS Church from 1955-58. Returning home to the University of Utah, he was elected student body vice president and received his B.S. in Geology in 1960, and his J.D. in 1963. Wright married Janet Clark in the Salt Lake Temple in 1965. They lived in Salt Lake City and had one daughter and seven sons.Wright worked at the firm Jones, Waldo, Holbrook & McDonough in Salt Lake City for 29 years, as a new graduate, a manager, and an executive. Later in life he would become a partner of Arent, Fox, Kintner, Plotkin & Kahn in Washington, D.C., and still later he was a partner at Holme Roberts & Owen in Salt Lake City.From 1977 to 1979, Wright was Chairman of the Utah Republican Party. He ran unsuccessfully as the GOP's candidate for Utah governor in the 1980 gubernatorial election against Scott M. Matheson. He was later a finalist for President Ronald Reagan's judicial nomination to the United States Court of Appeals for the Tenth Circuit.Wright's aunt was Clare Middlemiss, the longtime personal secretary of LDS Church president David O. McKay, who collected records of McKay's church service for over 35 years. Wright had promised his aunt that he would preserve her records of McKay and have them published. He would donate these McKay diaries, discourses and some other records to the David Oman McKay Papers, a massive collection held by the Manuscript Division of Special Collections in the University of Utah's Marriott Library.From 1989 to 1992 Wright served the LDS Church as president of the Washington D.C. North Mission. During his time in Washington he met Greg Prince, beginning a ten-year collaboration on a biography of David O. McKay. The book drew, in part, from the Middlemiss papers and was published in 2005 as David O. McKay and the Rise of Modern Mormonism, winning multiple awards.As a retired attorney, Wright practiced law in Salt Lake City and Washington, D.C. For public service, he served as chairman of the University of Utah's Institutional Council and as chairman of the Utah State School Board. Wright was also a lecturer and Fellow of the University of Utah Law School and held leadership positions with the Utah State Bar.He died January 13, 2012 after a 20-year struggle with Alzheimer's disease.