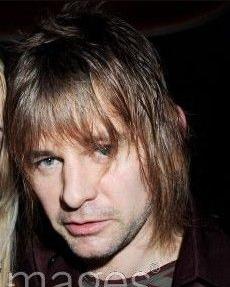 Zak is alive and kicking and is currently 56 years old.
Please ignore rumors and hoaxes.
If you have any unfortunate news that this page should be update with, please let us know using this .

Does Zak Starkey Have the coronavirus?

Zak Starkey's father, Ringo Starr, is still alive and kicking at the age of 81. He is British and has had a career as a musician.

Zak Starkey's mother, Maureen Starkey, died on December 30, 1994 as she was 48 years old. Her cause of death was leukemia.

Zak Richard Starkey is an English rock drummer well known for his unofficial membership of the English rock band The Who, with whom he has performed and recorded since 1994. He is also the third drummer to have appeared with English rock band Oasis. He has also worked with other musicians and bands such as Johnny Marr, Paul Weller, The Icicle Works, The Waterboys, ASAP, The Lightning Seeds and John Entwistle.