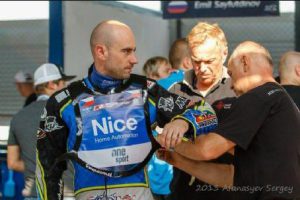 Aleš is alive and kicking and is currently 43 years old.
Please ignore rumors and hoaxes.
If you have any unfortunate news that this page should be update with, please let us know using this .

Aleš Dryml, Jr. (born October 19, 1979) is a Czech speedway rider who has won 2004 and 2007 European Pairs Speedway Champion titles. He was permanent rider of 2004 Speedway Grand Prix series. He has twice won the European Pairs Championship (2004 and 2007) with brother Lukáš. His father, Aleš Sr., was also a Czech international rider.