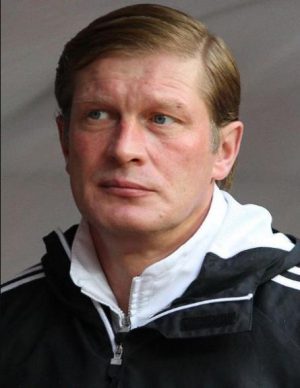 Aleksandr Podshivalov was born on September 6, 1964 and is 58 years old now.

Aleksandr is alive and kicking and is currently 58 years old.
Please ignore rumors and hoaxes.
If you have any unfortunate news that this page should be update with, please let us know using this .

Aleksandr Viktorovich Podshivalov (Russian: Александр Викторович Подшивалов) (born 6 September 1964 in Sverdlovsk) is an association football coach and a former player. He works as an assistant coach with FC Tom Tomsk.