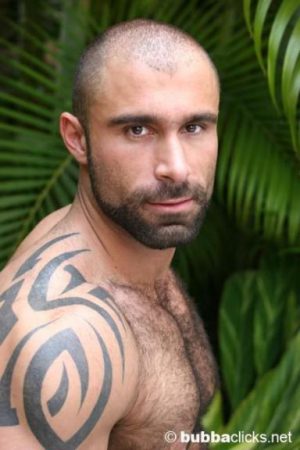 Alex is alive and kicking and is currently 43 years old.
Please ignore rumors and hoaxes.
If you have any unfortunate news that this page should be update with, please let us know using this .

Alex Baresi (also Alex Corsi) is an actor in gay pornography. Baresi has a doctorate in Economics. Alex Baresi, stage name of Alessandro Vacchieri (Genova, 5 February 1979) is a former Italian pornographic actor.
Born and raised in Genoa, he studied economics and commerce, graduating with a thesis in international economics. After graduating for a short period she worked for a famous insurance group and then decided to work in pornography. His career began almost by chance in 2005, when a friend proposed to take part in a film, but had to reject the proposal because of the film's bareback gender, contrary to his safe sex ideology. Not abandoning the idea of ​​working in the industry sector, he decided to send some e-mails and in a short time he found himself in San Francisco shooting three films for Raging Stallion Studios, then filmed in London for the Alphamale Media studios. In his early work he was credited as Alex Corsi.

Baresi is known for its massive physicality, 185 cm for 112 kg of muscular and hairy body. He also makes himself known for his strong sexuality, participating in film leather, rubber and fist. He is a strong supporter of safe sex, often using his image to promote condom use. For this purpose, Baresi has been the model for the Australian painter Ross Watson, having portrayed the painting of Caravaggio St. John the Baptist (Young with a ram). In addition to being a provocative tribute to Caravaggio, the painting also aims to be a message to the Catholic Churchand its continued opposition to the use of condoms. Part of the proceeds from the sale of the framework went to organizations fighting for the fight against AIDS.