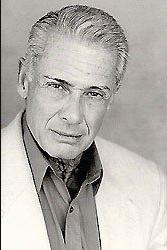 Alex passed away on July 6, 2010 at the age of 68 in Sherman Oaks, California, USA. Alex's cause of death was tongue cancer.

Handsome and muscular actor, writer, and real life tough guy Alex Mann was born in the rough neighborhood of Brownsville in Brooklyn, New York. His father was a pool player nicknamed "Cue Stick" and his mother worked at the candy counter at Loew's Pitkin Theater. Mann was involved with criminals in his younger days and served hard time at Rikers Island. In the early 60's Alex moved to Manhattan's East Village, where he became part of the local beat scene. Mann first started acting in underground movies. He soon became a welcome and familiar rugged face in East Coast exploitation cinema fare which includes both soft-core features and more explicit porno flicks. Among the notable drive-in film directors Alex has acted in movies for are Joe Sarno ("Passion in Hot Hollows," "Wall of Flesh," "Abigail Lesley Is Back in Town"), Michael Findlay ("Take My Head," "Funk"), Doris Wishman ("Keyholes Are for Peeping," "Satan Was a Lady"), and Barry Mahon ("The Diary of Knockers McCalla"). His most memorable roles were the dissident Shelley in the outrageous hippie horror splatter cult favorite "I Drink Your Blood," a vicious rapist in the poignant porn gem "Sometime Sweet Susan," and slimy pimp Tony in the supremely scuzzy "Malibu High." In 1969 "Life" magazine ran a two page article on Mann and his wife Pamela after the couple was arrested for running a massage parlor for an infamous New York crime family. Alex moved to Los Angeles, California in 1979 to further pursue his acting and writing career. He kept himself afloat by working as a bouncer for a notorious Hollywood club owner. Mann won rave reviews for "Sailor Falls in One," a boxing play that he wrote, produced, and directed. Alex made guest appearances on the TV shows "Weird Science" and "Strong Medicine." Moreover, Mann did the voice of Jimmy the Gr*pe for the video game "The Darkness" and had a co-starring role in the crime thriller "The Transgressions of Tina." He was a member of SAG, AFTRA, and AEA. Alex lived in Sherman Oaks, California. Mann died of tongue cancer in July, 2010.