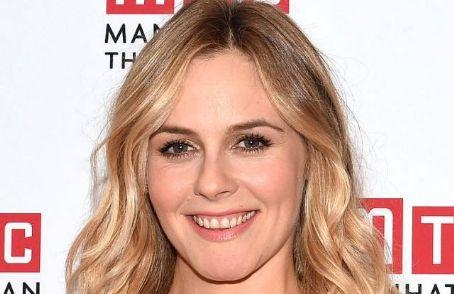 Alicia is alive and kicking and is currently 46 years old.
Please ignore rumors and hoaxes.
If you have any unfortunate news that this page should be update with, please let us know using this .

Alicia Silverstone (/æˈliːsiə ˈsɪlvəstoʊn/; born October 4, 1976) is an American actress, producer, author, and activist. Silverstone made her film debut in The Crush, earning the 1994 MTV Movie Award for Best Breakthrough Performance, and gained further prominence as a teen idol when she appeared in three music videos for the band Aerosmith. She starred in the 1995 sleeper hit Clueless (which earned her a multi-million-dollar deal with Columbia) and in the big-budget 1997 film Batman & Robin, in which she played Batgirl. She has continued to act in film and television and on stage. A vegan, Silverstone endorsed PETA activities and published a book titled The Kind Diet.
While in the 1990s, her public profile and film career saw significant growth, for the next decade, Silverstone stepped aside from the spotlight and opted to focus on smaller-scale films and theater. In Love's Labour's Lost (2000), a film adaptation of the William Shakespeare eponymous play, directed by Kenneth Branagh, Silverstone played the Princess of France, a role which required her to sing and dance. While critical response was mixed, the film received a limited theatrical release. Film critic James Berardinelli felt that Silverstone, "while not completely at ease with all of her dialogue, is surprisingly credible" in her portrayal.

In the psychological thriller The Killing of a Sacred Deer, directed by Yorgos Lanthimos and co-starring Colin Farrell and Nicole Kidman, Silverstone took on the role of a widow and the mother of a mysterious boy who befriends his late father's cardiac surgeon. The film competed for the Palme d'Or at the 70th Cannes Film Festival and was an arthouse success. Casting director Francine Maisler choose Silverstone after seeing her star in a previous play; her two-scene appearance was filmed in one day, and she remarked of the filming: "[I]t was just so wonderful. When you admire something so much, it's a little bit hard to imagine how you fit into it". In the independent coming-of-age drama The Tribes of Palos Verdes, she reunited with her Butter co-star Jennifer Garner, playing a real-estate agent living in Palos Verdes, an affluent, coastal suburb of Los Angeles. The film received a one-theater release by IFC.
Silverstone has two older siblings, a half-sister from her father's previous marriage, Kezi Silverstone; and a brother, David Silverstone. She married her longtime boyfriend, rock musician Christopher Jarecki, in a beachfront ceremony at Lake Tahoe on June 11, 2005. After meeting outside a movie theater in 1997, the couple dated for eight years prior to their marriage. They got engaged about a year before their marriage, and Jarecki presented Silverstone with an engagement ring that had belonged to his grandmother. They lived in an eco-friendly Los Angeles house, complete with solar panels and an organic vegetable garden. Silverstone bought the house, shared with a "menagerie of rescued dogs", in 1996. The couple separated in February 2018. In May 2018, she filed for divorce. In November 2018, the divorce was finalized.
In May 2011, Silverstone gave birth to a son. In March 2012, she received media attention for uploading a video of herself feeding chewed food to her son from her own mouth.