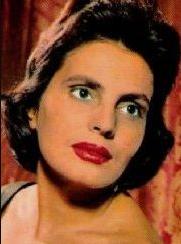 Amalia passed away on October 6, 1999 at the age of 79 in Lisbon. Amalia's cause of death was heart failure.

Amália Rodrigues was born in Lisbon, Portugal on an unknown date between the 1st and 23rd of July, 1920 to a poor and numerous family that had moved to the capital from the province of Beira Baixa in search of a better life.Since her childhood she showed a natural talent for singing and an amazing voice and against her family wishes debuted in 1939 in `Retiro da Severa` becoming an instant success and going from the traditional fado houses to the radio and the musical theatre in a very short time. After World War II she participated in the Marchall Plan concerts in Europe and performed for the first time in Brazil were in 1945 she obtained a great musical success with the now classic fado song "Ai Mouraria" that she recorded there for the first time. In 1947 she debuted as an actress in the Portuguese movie "Capas Negras" and with her cameo role in "Les Amants du Tage" (an anglo-french movie made in Portugal in 1955) Amália went on to became a great international singer and the most admired and loved star of Portugal. During the 50 and 60`s Amália becomes the maximum exponent of Fado, Portugal`s national song, and the country`s main ambassador, touring the world and singing in the most prestigious theatres and concert halls as the Paris Olympia, The Savoy, The Lincoln Centre, Carnegie Hall or The Hollywood Ball. Amália was the principal creator of modern Fado. With her extraordinary voice she expanded it`s poor melodic range; revolutionized it`s lyrics by singing the greatest Portuguese poets; imposed the black as it`s color and gave it an international face.She sang and recorded in portuguese, spanish, french, italian and english and among her extremely vast reportoire the most well-known songs are: "Coimbra" (aka "April in Portugal"), "Barco Negro", "Lisboa Antiga", "Foi Deus", "Estranha Forma de Vida", "Arranjuez, mon amour", "Povo que lavas no rio", "Gaivota", "Vou Dar de Beber à Dor" and "Com que Voz" from Portugal`s national poet Luís de Camões.She sang everything from portuguese, spanish and italian folk music to french songs and international broadway standards but foremost she was the voice of Fado and of Portugal`s greatest poets and with her unique and soulful art celebrated it`s rich and ancient poetic heritage from medieval to contemporary times. In 1959 Variety magazine chose her as one of the four best female singers in history. When on the 25th of Abril 1974 a revolution ended a 48 years dictatorial regime in Portugal her fame as a nationalist symbol was seriously affected by the new revolutionary power but her fans never deserted her and she regained her position as the country`s uncontested star. Amália`s voice changed but she continued her career and in the late 70`s and 80`s after the dead of her principal composer Alain Oulman she started singing her own lyrics and in 1985 returned to the Lisbon Coliseum to present a legendary first full solo concert in Portugal to a overwhelmed audience.In 1989, for 50 years of an incomparable artistic career, the President of Portugal honoured her with the country`s highest condecoration and she made a farewell world tour receiving countless tributes and honours as France`s Legion d`honeur.She made her last stage appearance in 1994 at the Lisbon European Capital of Culture festival and died on October 6th, 1999 in her house in Lisbon, now a museum. Her impressive funeral ceremony moved the nation and had the massive attendance of a grieving public.She is now buried in Portugal`s National Pantheon along the nation`s notables.