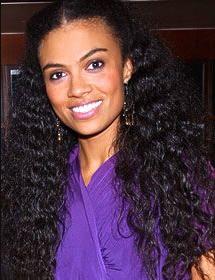 Amel is alive and kicking and is currently 49 years old.
Please ignore rumors and hoaxes.
If you have any unfortunate news that this page should be update with, please let us know using this .

Amel Larrieux (née Eliza Stowell; born March 8, 1973) is an American singer-songwriter and keyboardist. Larrieux rose to fame in the mid-1990s as a founding member of the duo Groove Theory along with Bryce Wilson. After leaving the group in 1999, she released her debut solo album, Infinite Possibilities, the following year on Epic Records.