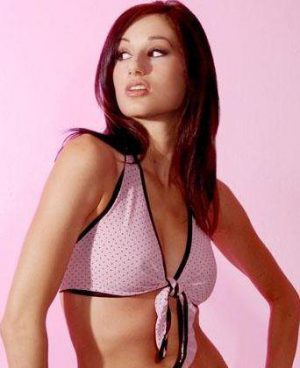 Amie passed away on February 15, 2020 at the age of 38 in Hollywood Hills, California, USA. Amie's cause of death was murdered.

Amie Nicole is an American model who was born on May 20, 1981. Harwick was once engaged to actor-comedian Drew Carey.
Amie was a model for Stop Staring Clothing and Coffin Case. She authored a book, created podcasts, and wrote magazine articles. She was also a personal trainer and released an exercise video. She loved horror movies, collecting taxidermy, and many objects in formaldehyde jars. Amie was quirky and fun. The camera loved her, and she was becoming a photographer herself.

Harwick, 38, was a licensed marriage and family therapist, and sex therapist. She earned her BA in Psychology from California Polytechnic University, an MA in Clinical Psychology from Pepperdine University, and a PhD from the Institute for the Advanced Study of Human Sexuality in San Francisco. She was a member of the American College of Sexologists, and ASSECT/The American Association of Sexuality Educators, Sex Therapists and Counselors.