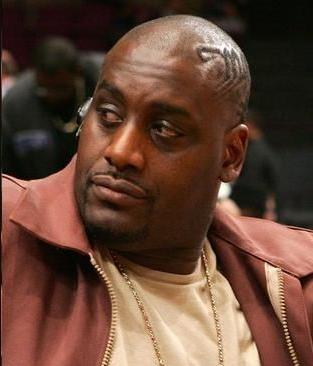 Anthony passed away on February 28, 2015 at the age of 48 in Manhattan, NY, USA. Anthony's cause of death was congestive heart failure.

Anthony George Douglas Mason (December 14, 1966 – February 28, 2015) was an American professional basketball player. In his 13-year career he played with the New Jersey Nets, Denver Nuggets, New York Knicks, Charlotte Hornets, Milwaukee Bucks and Miami Heat of the National Basketball Association. He averaged 10.8 points and 8.3 rebounds in his 13-year NBA career. During the prime of his career in the mid-1990s, he earned the NBA Sixth Man of the Year Award in 1995 and then led the NBA in minutes played in the subsequent two seasons. In 1997, he earned All-NBA (3rd team) and NBA All-Defensive Team (2nd team). He was selected to the 2001 NBA All-Star Game.