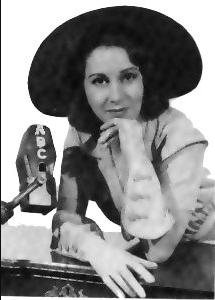 Arlene passed away on May 31, 2001 at the age of 93 in San Francisco, California, USA. Arlene's cause of death was alzheimer's disease and cancer (attributed).

Arlene Francis was an American actress, radio talk show host, and game show panelist. She is known for her long-standing role as a panelist on the television game show What's My Line?, on which she regularly appeared for 25 years, from 1950 through the mid-1970s, on both the network and syndicated versions of the show.