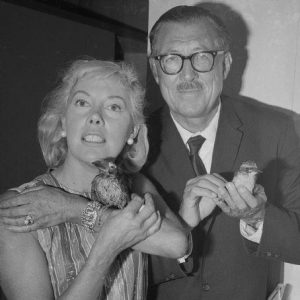 Armand Denis (2 December 1896 – 15 April 1971) was a Belgian-born documentary filmmaker. After several decades of pioneering work in filming and presenting the ethnology and wildlife of remote parts of Africa and Asia, he became best known in Britain as the director and co-presenter of natural history programmes on television in the 1950s and 1960s, with his second wife Michaela.