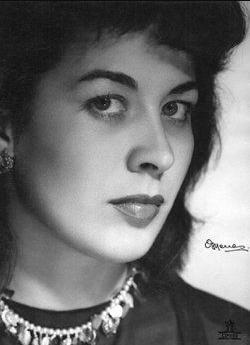 At a young age she went to Barcelona where she studied theater in the "Instituto del Teatro" with Marta Grau. She debuted in theater in 1944 in Barcelona and in 1948 in the "Teatro Espanol de Madrid". She married a Mexican medical doctor, temporarily interrupting her career. In 1967 she came back to Spain and started working again.