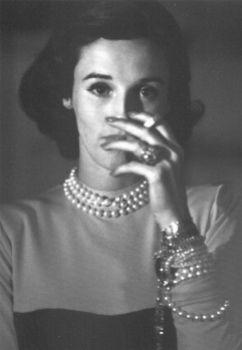 Barbara "Babe" Cushing Mortimer Paley was an American socialite and style icon, whose second husband was the founder of CBS, William S. Paley. She was known by the popular nickname "Babe" for most of her life. She was named to the International Best Dressed List Hall of Fame in 1958.