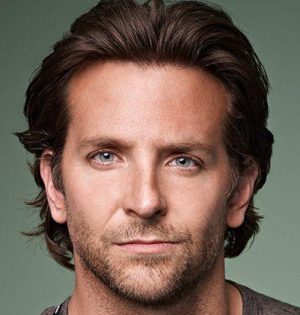 Bradley is alive and kicking and is currently 47 years old.
Please ignore rumors and hoaxes.
If you have any unfortunate news that this page should be update with, please let us know using this .

Does Bradley Cooper Have the coronavirus?

Bradley Charles Cooper is an American actor and producer. He is one of the highest-paid actors in the world, and has been nominated for various accolades, including four Academy Awards, two British Academy Film Awards and two Golden Globe Awards.
Cooper was born on January 5, 1975, in Philadelphia, and grew up in the nearby communities of Jenkintown and Rydal. His mother, Gloria (née Campano), worked for the local NBC affiliate. His father, Charles Cooper, worked as a stockbroker for Merrill Lynch. Charles was of Irish descent, while Gloria is of Italian ancestry (from Abruzzo and Naples). Cooper has an older sister, Holly, and was raised as a Roman Catholic. He had cholesteatoma in his ear soon after his birth, and punctured his eardrum when he started diving at an early age.

Cooper's early years in the entertainment industry were marred with difficulties. When his role in the second season of Alias was demoted to a minuscule part, he considered quitting show business. His substance addiction and doubts about his career triggered thoughts of suicide. Cooper has abstained from alcohol since 2004, remarking that it would have destroyed his life.
In October 2006, Cooper became engaged to actress Jennifer Esposito. The couple married later that December. In May 2007, Esposito filed for a divorce that was finalized in November. "It was just something that happened. The good thing is, we both realized it. Sometimes you just realize it", he has since explained. Before his marriage, he met Renée Zellweger while filming Case 39 in 2006. The media speculated about the nature of their relationship in 2009 when the film was released. Although they refused to speak about the romance, they made several appearances together, and in 2011, the media reported about the end of the relationship. In December 2011, he was involved in a romantic relationship with Zoe Saldana that ended in January 2013. In March 2013, he began dating English model Suki Waterhouse; the relationship ended in March 2015. Cooper began a relationship with Russian model Irina Shayk the following month. In November, he moved into her apartment in New York's West Village. In March 2017, Shayk gave birth to their daughter.