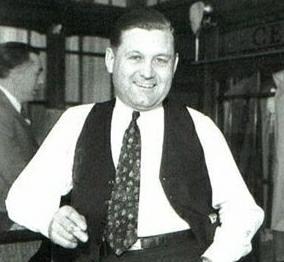 Bugs passed away on February 25, 1957 at the age of 65 in Leavenworth, Kansas. Bugs's cause of death was lung cancer.

Adelard Cunin, better known as George 'Bugs' Moran, was a Chicago Prohibition-era gangster. He was incarcerated three times before turning 21. On February 14, 1929, in an event that has become known as the Saint Valentine's Day Massacre, seven members of his gang were gunned down in a warehouse, supposedly on the orders of Moran's rival Al Capone.