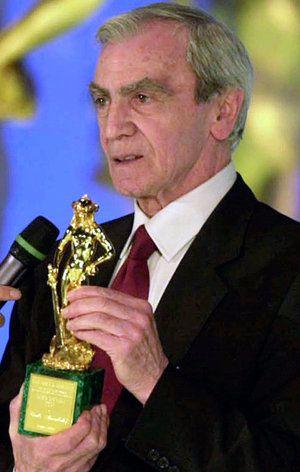 Carlo Rambaldi (September 15, 1925 – August 10, 2012) was an Italian special effects artist, winner of three Oscars: one Special Achievement Academy Award for Best Visual Effects in 1977 for the 1976 version of King Kong and two Academy Awards for Best Visual Effects in 1980 and 1983 for, respectively, Alien (1979) and E.T. the Extra-Terrestrial (1982). He is most famous for his work in those two last mentioned films, that is for the mechanical head-effects for the creature in Alien and the design of the title character of E.T. the Extra-Terrestrial.