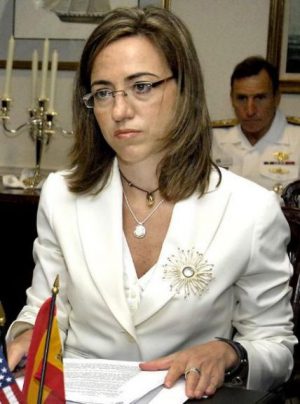 Carme passed away on April 9, 2017 at the age of 46 in Madrid, Spain. Carme's cause of death was congenital heart defect.

Carme Chacón Piqueras (born 13 March 1971) is a Spanish politician who was Minister of Defence from 2008 to 2011 in the cabinet led by Spanish Prime Minister José Luis Rodríguez Zapatero.