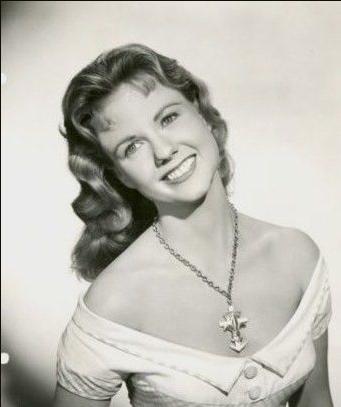 Carolyn passed away on November 18, 2005 at the age of 75 in Los Angeles, California, USA. Carolyn's cause of death was heart complications.

Born in Detroit and raised in New Orleans, Carolyn Kearney began studying at the Pasadena Playhouse in the mid-1950s, and was soon acting in stage productions, opposite veterans Stuart Erwin, Edward Everett Horton, Gladys Cooper, Leo G. Carroll and Cecil Kellaway.
In addition to many TV appearances, her films included the horror thriller, The Thing That Couldn't Die (1958) and Damn Citizen (1957), the latter shot in her old stamping grounds of New Orleans, with Kearney as a drug addict. After two and a half years of addiction to Xanax, due to a physician's error, she kicked the habit in 1987, later writing one of the essays for the book "Prescription Drug Addiction" and helping to found "Benzodiazepine Anonymous", a 12-step program for recovering addicts. Her first husband was screenwriter Harold Jack Bloom; her second, advertising executive-writer Alan Hirshfeld.

She was in a train accident and for a while was trapped in her compartment before she was finally rescued. She was prescribed Xanax to alleviate anxiety and became addicted for several years. In 1989 she co-founded Benzodiazepine Anonymous, a 12-step group that aids those recovering from addiction to benzodiazepine drugs such as Xanax.