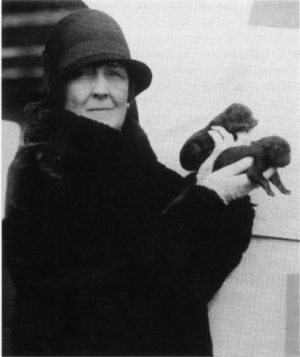 Caroline "Carrie" Phillips was the mistress of Warren G. Harding, 29th President of the United States. The young Carrie Fulton was known by admirers to have epitomized the Gibson Girl portrait of beauty, a look popular in at the turn of the 20th century. Her relationship with Senator Warren G. Harding was kept secret from the public during its time and for decades thereafter. The affair ended when Phillips blackmailed Harding during the Senator's run for office for President of the United States.